The ‘Single-Shot 3D Movie Camera’ is a motion-robust line triangulation (‘structured light’) sensor that enables the true single-shot acquisition of 3D data with an high resolution and high point cloud density which is as good as physics and information theory allows. This is possible, because the sensor concept solves the ambiguity problem (which is inherent to each triangulation sensor and limits its information theoretical efficiency) without relying on spatial or temporal codification of the projected signals. The prototype sensor delivers 300k independent 3D points with high depth precision (δz < 200μm on human skin) from each 1 Mpix camera frame. A 3D sensor with these features allows for a continuous 3D measurement of fast-moving or deforming objects, resulting in a continuous 3D movie. Like a hologram, each movie-frame encompasses the full 3D information about the object surface, and the observation perspective can be varied while watching the 3D movie (see videos). 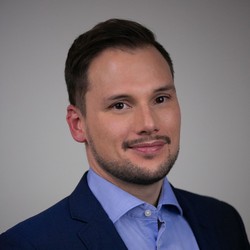